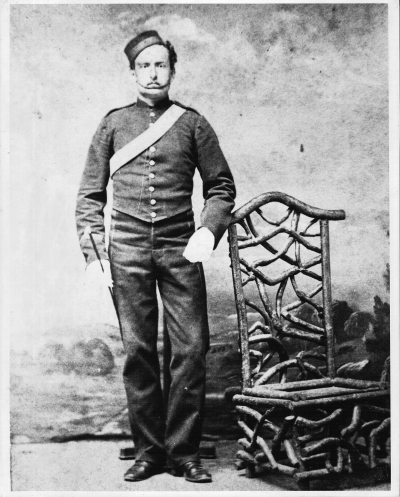 Gunner William Henry Ranson (born 1843) has started a blog about his life in the ranks of Royal Artillery and as a civilian in Canada right after Confederation:

Gunner Ranson was my great-great-grandfather. After serving in the Royal Artillery during the 1860s, he ended up settling in Canada permanently in the 1870s. While many British officers kept diaries and wrote memoirs, very few men of the ranks did — although a good number could read and write, few had the inclination and the available time (and light) to do so — but my great-great-grandfather was an exception. While we don’t have the original diary, we do have a summary that he wrote later in life as a memoir, based on the lost diary, giving a working man’s view of both the British military and of later civilian life (often more brutal) in Victorian Canada.

My brother Tom has had the memoir for some years and has been trying to decide the best way to edit and publish it. In the end, he has decided to publish sections serially as a blog. I encourage anyone interested in British or Canadian history to read this. The blog format reminds me very strongly of the serial magazine publication common during the Victorian period.